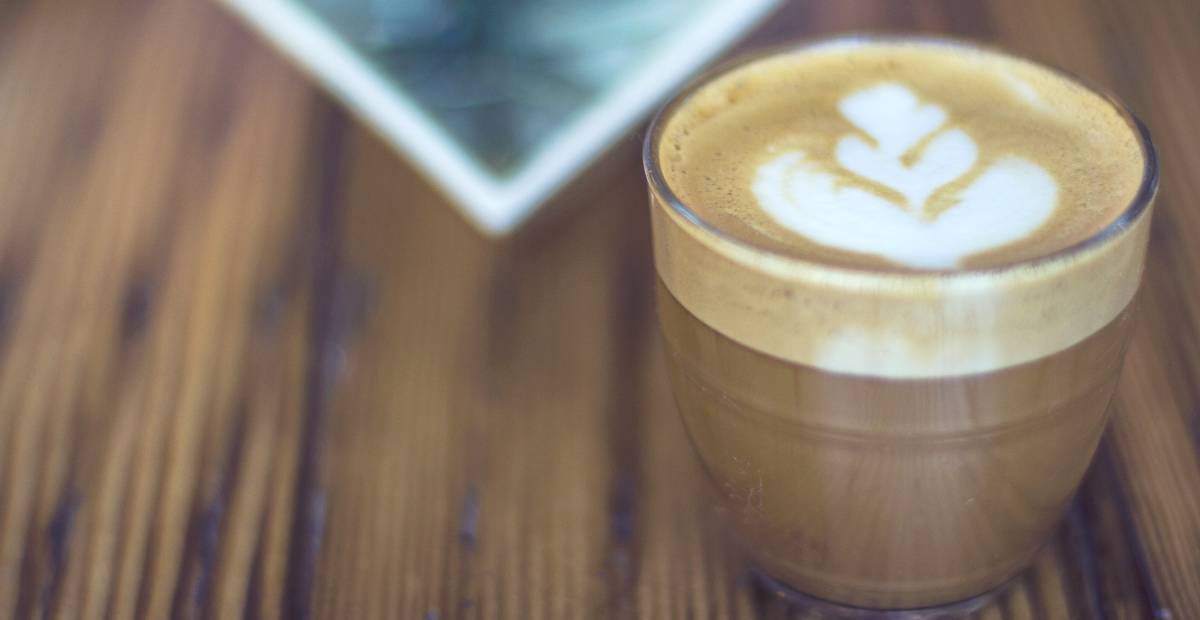 What is a cortado?

One of the most frequent questions a barista is faced with is how to make a cortado.

A cortado is an espresso-based drink topped with an equal amount of steamed milk. Its 1:1 espresso to milk ratio makes it a favorite amongst coffee aficionados, although it is not as well known as lattes or cappuccinos.

We are here to change that because the cortado is one of the most perfectly balanced types of coffee drinks in the world. And yes, you can make it in the comfort of your own home! So let’s find out what it is, how to make a cortado, and how it compares to other coffees.

The clue is in the name. Cortado, or “cut” in Spanish, has its origins in Spain’s Basque region. Its name refers to the process of the milk cutting through the espresso shots.

Commonly, a cortado has a 1:1 espresso to milk ratio, meaning a double shot of espresso topped with an equal amount of steamed milk. Its equal parts espresso and milk mean that the intensity of the espresso flavor is complemented by the sweetness of the milk, resulting in a balanced coffee drink.

The reason why it’s so popular amongst coffee aficionados and baristas is because of its signature flavor, creamy texture, and microfoam topping. It is traditionally served in a 5-7oz glass or a 4.5 oz glass called a Gibraltar. Sometimes you might even encounter it as Gibraltar in a coffee shop menu, named after the glass tumbler it is served in.

How do you make a cortado coffee?

Since this is an espresso-based drink, you’ll need an espresso machine. Other than that, you only need espresso and milk. We recommend whole milk as it works best for the cortado’s creamy texture and microfoam. For a more in-depth article on how to pull the perfect espresso shot check out our “How to Make Espresso” article.

How to make a cortado

You’re ready to enjoy a cortado made with your own two hands!
Keyword coffee, cortado, espresso

How does cortado compare to other drinks?

You’ve probably found yourself in front of many coffee menus wondering what could be the difference between all those drinks and rightly so.

Once you understand how the cortado compares to other popular espresso-based drinks, you’ll know if it’s the right drink for you. The differences might seem small but they make all the difference when it comes to flavor, mouthfeel, and texture.

What’s the difference between a latte and a cortado?

The latte we know and love today rose to prominence in Seattle during the 1980’s thanks to Starbucks. The main difference between a latte and a cortado is the espresso to milk ratio.

Lattes have nearly three times as much milk as a cortado has. This results in a milder tasting coffee beverage as the taste of milk is more dominant.

Lattes also contain smooth steamed milk with a thin layer of foam on top and are known for their creamy texture. Lattes are more popular for those who prefer a less bold and intense coffee drink like a cortado.

The flat white is Australia and New Zealand’s answer to the cortado.

Flat whites are very similar to a cortado, in that they combine espresso with steamed milk. Flat whites have a silky milk texture, a layer of microfoam on top, and are commonly served in an 8oz cup.

Flat whites are slightly larger than a cortado and have more milk.

What’s the difference between a cortado and a macchiato?

The macchiato originated in Italy during the 1980s when Italian baristas were trying to create an espresso drink with just a drop of milk.

Instead of a drop, they ended up only adding frothed milk to the top of the beverage. They named it the macchiato, the “stained one”, as it looks like a shot of espresso stained with milk foam. The foam simply sits on top of the coffee and is not mixed through with the espresso shots.

Macchiatos contain much less milk than cortados and are a stronger and more intense coffee drink. They also differ in texture, as the macchiato is not smooth and creamy like the cortado.

Now that you know what a cortado is and how it compares to other popular espresso drinks, it’s time to shed some light on some questions you might have.

Why is a cortado served in a glass?

Not much is known about the tradition of serving the cortado in a glass, but it is safe to say that it complements the size of the drink and makes it visually pleasing.

Many coffee shops in the U.S. serve cortados in a 4.5 oz Gibraltar glass. Fun fact, Sometimes you might even encounter cortados listed as a Gibraltar on some coffee shop menus!

Can I make a cortado with non-dairy milk like oat milk?

The milk you choose to complement your coffee with is entirely up to you. We recommend using whole milk for the cortado because when steamed properly, it results in a rich and creamy texture.

However, there are many plant-based milk alternatives in the market that might offer you the same result. Oatly’s Oat Milk – Barista Edition is a noteworthy option as it can be steamed to a creamy texture and it does not overpower the taste of the espresso, it just adds a bit of sweetness to it.

What beans are best for making a cortado?

We recommend medium roast Central or South American origin coffee for your cortado. Coffee beans from these regions are a great option for espresso-based drinks. The coffee beans grown in these locations often have characteristics like a nutty aroma and chocolate and caramel notes.

When you use coffee beans like these with a medium roast profile your cortado will have balanced flavors, a creamy, rich texture, and a milk chocolate aftertaste.

Is a cortado sweet?

A cortado is not sweet. Traditionally a cortado doesn’t have any added sugar or sweeteners.

However, there are a few sweet variations of the cortado made with Cuban-style coffee.

Cubans have invented their own way of brewing espresso by adding azuquita. Azuquita is a mixture of sugar and a few drops of espresso. It’s mixed into the coffee when the espresso is, adding a boost of sweetness.

There are two main Cuban-style cortado variations you might come across:

A drink that contains 1 oz of pre-sweetened espresso (azuquita) and is topped with heated whole milk.

I have a Nespresso machine at home, how do I make a cortado?

If your Nespresso machine doesn’t steam milk, you can use a Nespresso Aeroccino. It is a handy tool to have in your at-home barista kit since you can also use it to heat milk for cooking and to make refreshing cold drinks.

Here’s how to make a cortado with your Nespresso machine:

Final thoughts on making a cortado

Now you know all about the cortado and how to whip them up at home. It’s all about the 1:1 ratio with this drink, equal parts espresso and milk. With the right tools, some amazing coffee beans, and high-quality ingredients you’ll be making some cortado magic in minutes!